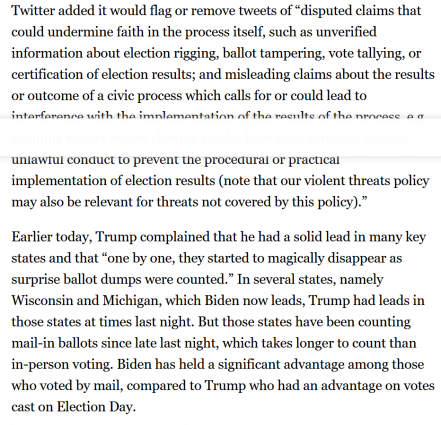 push back peaceful protesters for A Trump Photo-Op

in Front of A church

Whose Bishop was "Outraged" at Trump's Use of Church

on Behalf of Police Chiefs Nationwide,

if you can't be constructive"

Iowa Woman Hit 14-Year-Old with Car Because She Thought Teen 'Was a Mexican,' Police Say

with 'lock her up!' rally chant says Michigan governor

Donald Trump’s message is violent to its core.

But violence as a political ideology is terrifying.

He wants to Divide This Country

'get em out of here'

‘if the president loses election

There Will Never Be

A Peaceful Transition Of Power’

FBI Investigating..Trump tweeted a video of the incident on Saturday night with the comment, “I LOVE TEXAS,” ..mentioned it during a campaign rally in Michigan

"As Soon as the Election is Over, we are Going in

With Our Lawyers.. Trump denied a report that

he will prematurely declare himself the winner of the 2020 presidential election on Tuesday night if it appears he is 'ahead' of Joe Biden,

even if a ton of Electoral College votes are still unknown"

USA on edge as

the United States of America

Self-Proclaiming Themselves as Poll Watchers Outside

crowd of Trump supporters has gathered outside

the county elections department building in

the crowd has been chanting "Count that vote" and "Fox News sucks" to protest that network's decision to call the state for Joe Biden.

poll workers to their cars

at the end of their shifts

harassment by the crowd. 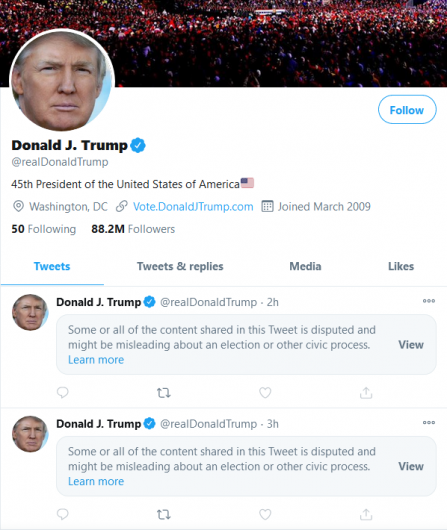 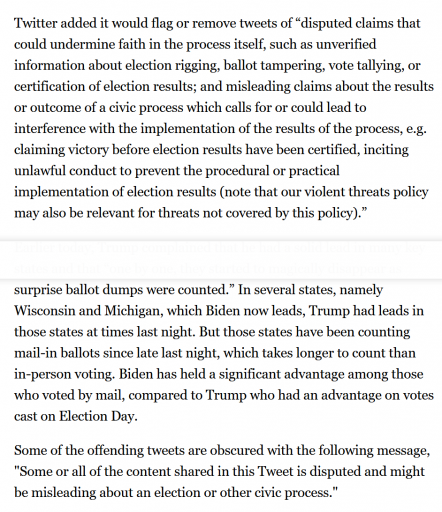 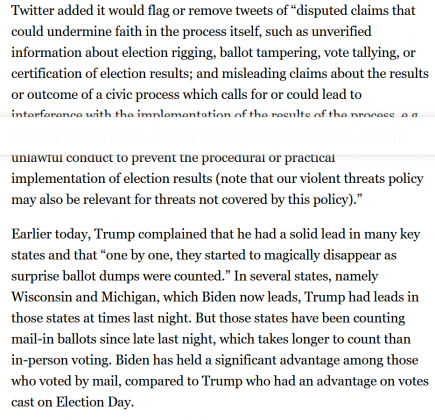 Convoys of Trump supporters take to roads after Biden campaign bus incidentVehicles festooned with Donald Trump flags have been seen along highways across several US cities and have blocked the Mario M Cuomo Bridge in New Jersey. A large number of pickup trucks And SUVs gathered along roads in San Antonio, Texas

the rest of us down 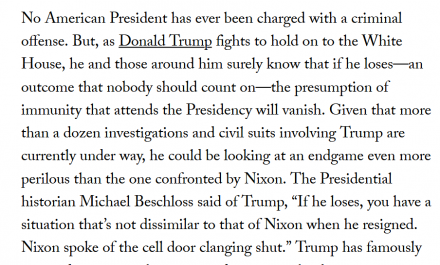 What Happens If A President Refuses To Concede

Trump has already stoked fears that he won't leave office

He refused to commit to a peaceful transfer of power

The vast majority of

"Trump Lawyer Giuliani Lies And Sweats Hair Dye Through Chaotic Presser. While Trump continues to block the Biden transition, his attorney Rudy Giuliani gave a wild and chaotic press conference making fabrications about the election from GOP headquarters in Washington" 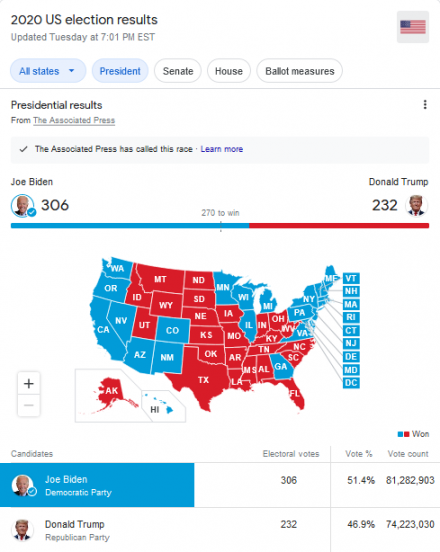 'Someone Is Going To Get Hurt': As States Lock In Trump Loss, Some Pushback Turns Menacing.  As Trump continues to deny election results, one Georgia Republican warns his rhetoric will incite violence.

as Paxton files a bizarre and very unlikely election lawsuit of the kind that humors Trump's upset over his election loss.

How voters are being ‘duped’ by Trump’s election challenges

On the Nation's DEADLIEST day of the COVID Crisis, Trump posted a packed holiday party inside the white house - ignoring the Science and the deadly toll of the virus

acted with unusual speed to reject a bid from

the ballots of millions of voters in battleground states

that went in favor of

"Police arrested at least 13 people and seized metal poles, bear spray and other weapons Saturday as hundreds of

Portland, Oregon. Authorities closed bridges and streets to try to keep the rival groups apart. The city’s mayor said the situation was “potentially dangerous and volatile,” and President Donald Trump

Money flooded into Trump’s coffers at a much higher rate after he began to seek contributions to fight widespread voter fraud and election rigging,

despite no evidence of either, after his loss to President-elect Joe Biden,

according to filings with the Federal Election Commission. The bulk of the cash -- $121.7 million -- came to the Trump Make America Great Again Committee via WinRed, the Republican platform

In the 20 days leading up to and including Election Day, those donors gave $44.8 million.

in those solicitations says that 75% of money given to TMAGA will go to Save America, a political action committee Trump set up that allows him to spend the money on political activity, including holding rallies, advertising, fundraising, travel and supporting other candidates.

The balance goes to the Republican National Committee.

With your access and use of the TrumpMOOC.com site and any of its related sites and any of these sites’ information, education, links, videos, text and any other content:

I agree and approve of and to all the following statements and release of liability,

The content of this website is for informational purposes only. It is either provided by The Trump MOOC (THE TRUMP MOOC) or its representatives directly, or shared by THE TRUMP MOOC’s participants. While THE TRUMP MOOC endeavors to keep the content up to date and correct, it makes no representations or warranties of any kind, express or implied, about the completeness, accuracy, reliability, suitability or availability with respect to the website or the information, products, services, or related graphics contained on the website for any purpose. Any reliance you place on such information is therefore strictly at your own risk.

In no event will THE TRUMP MOOC be liable for any loss, damage, or injury whatsoever arising out of, or in connection with, the use of this website, and any of the site’s content, information, resources, links, education, services, products, and/or any other materials shared on them.

Through this website you are able to link to other websites and videos; THE TRUMP MOOC has no control over the nature, content and availability of those sites. The inclusion of any link does not imply a recommendation or endorse the views expressed within them.

Every effort is made to keep the website up and running smoothly. However, THE TRUMP MOOC takes no responsibility for, and will not be liable for, the website being temporarily unavailable due to technical issues beyond its control.

If you disagree with any of these disclaimers and total liability release statements,

A Reporter’s Footage from Inside the Capitol Siege

followed Trump supporters as they forced their way into the U.S. Capitol,

as a reporter’s notebook."

"What happened on Capitol Hill on Wednesday and how U.S. President Donald Trump stoked discontent among his supporters before

he lost the election."

"Guns drawn inside US Capitol as pro-Trump rioters invade"

their republican party anymore, this is

a siege by supporters of

That Banned Some Lobbying.

The Order he just revoked

banned administration officials from becoming lobbyists within 5 years of leaving their position.

In the final hours of his presidency Tuesday night, President Donald Trump ,

which placed restrictions on White House officials’ ability to immediately after working in government,

NBC at the time.

“The key thing for this administration is going to be that people going out of government won’t be able to use that service to enrich themselves,”

President Donald Trump holds up an executive order in the Oval Office on Jan. 28, 2017